I met the Grand Mufti of Syria, and I like him 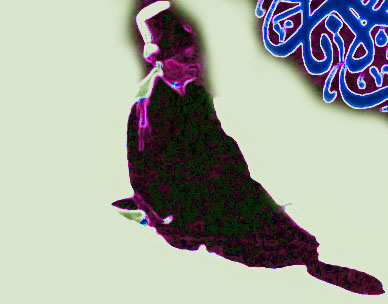 A few days ago, i tagged along a friend of mine to a meeting with the Grand Mufti of Syria. I “knew” in my heart of hearts that he was  a role model to look up to.

I come originally from a country where Islam is “harsh,” hard, dry and desert-like. I came to Syria because of my Sufi interests, since Syria is the motherland of Sufism in the world. Although the Syrian people do not follow one tradition or religion, something quite beautiful unites them. There is an air of calm in Damascus. People are less aggressive than regional neighbors, their ways of belief are less judgmental.

Here in Syria, people tolerate each other, there is less fire in their breath; people embrace each others’ differences… I believe this all comes from religious leadership, religious education, and general religious policies. People here do have the “victim” mentality. They do believe they have endured years of hardship under certain political and economical circumstances, but because they don’t have elsewhere to compare their situation to, they believe they live the worst conditions in the region. I don’t think it’s true.

Back to the Grand Mufti, Sheikh Ahmad Hassoun. My thoughts where in their place. Extremely intelligent and, dare I say, open-minded, Shiekh Hassoun is everything but a “Wahhabi” leader. Wahhabis have for long led Saudi Arabia into a dogma they call “religion,” a dogma that harbors lack of tolerance, judgment of people, intellectual terrorism, and societal opression. Wahhabis have no respect for women (or the “other”) and claim God ordered us to be like that. Wahabi Sheikhs lead religious societies that harbour hypocrisy.  in such societies people go to the mosque to show off their “faith.”

True faith, Sheikh Ahmad Hasoun told us during our visit, is in the heart. Terrorizing people to carry out religious ritual is the very reason why they grow out to be hypocritical, and the very reason why religioun gets taken out of its original context and thrown into the lurking backdoors of darkness.

“Don’t force your children to perform prayers,” he told us. “Don’t even tell them to go to the mosque to pray. Just let them watch you do it and they’ll pick it up, but don’t terrorize them into religion.” He recounted several stories of his days as a child – when their school master used to beat them up if he caught his friends laughing during prayer time. “What kind of a generation are we raising if we tell them ‘believe in God or else!'”

Go to Jordan or Saudi Arabia and let us see if this argument is even close to being welcome. “Over there “Beat them up if they don’t obey,” is the general educating line in schools, mosques, and religious schools.

A nation like Syria is raised by a leadership that embraces its children well, a leadership that does not mix politics with religion. Sheikh Ahmad Hassoun said he believed a successful state is the state that does not use religion for political ends. A political leader, once he saw eye to eye with religious leadership, becomes the master of it in right and wrong. Autonomy of the religious body is necessary to lead people through thick and thin, Hassoun said.

Religion is about the heart, it is about people’s relationship with goodness, ethics, and love. “Make people love their Lord, not run away from Him!” Hasoun declared at one point.

Amen… Love is the glue that gives meaning to rituals, without love it is only a form of show-off and hypocrisy.

May Allah bless Damacus and its inhabitants… Amen.

What is identity? I was raised Arab (of varying origins), with a Syrian mother, and Moroccan, Lebanese and Tunisian great grandfathers and grandmothers. I always felt 50% Syrian, and this percentage mattered to me more than anything else. Love of my life, my late Sufi grandmother, is Syrian... all her bedtime stories were about her life in Damascus. Damascus is where the heart dwells.
View all posts by 50% Syrian →
This entry was posted in Sufism & Syria and tagged religious leadership in Syria, Sheikh Ahmad Hssoun, Sufism, Syria, Wahabi, Wahhabism. Bookmark the permalink.

2 Responses to I met the Grand Mufti of Syria, and I like him